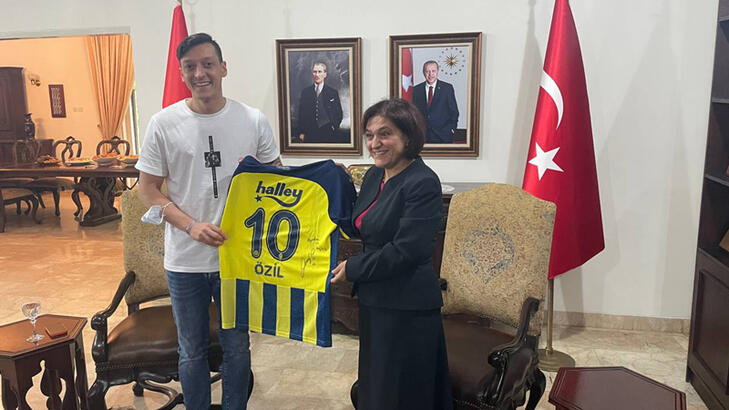 Ozil who dropped out of Fenerbahce's squad signed commercial and sponsorship agreements in Indonesia for his M10 and 39 Steps Coffee brands. Later, Mesut Ozil visited the Turkish Embassy in Jakarta. Ambassador Askin Asan expressed his satisfaction for Mesut Ozil's visit and said, "We thank you very much for visiting the Embassy of the Republic of Turkey in Jakarta. We wish you continued success." Ozil presented Ambassador Asan with the number 10 Fenerbahce kit and thanked him for his words. Having met with great interest at the Jakarta Embassy, ​​Ozil signed the book of honor after his conversation with Ambassador Asan.