Animal Rescue Volunteers from Buyukada (Princes Island) claimed that about 700 cats died in 4 months due to illness. The claim is the cats were infected with the 'Feline Infectious Peritonitis' disease known as FIP, cats started to be quarantined. Volunteer Neslihan Sipahioglu said, " I had 210 cats in my area that responsible of, now down to 50." "FIP is from the coronavirus family. It is a viral disease that causes very different symptoms in cats. It is only a cat disease. It results in one hundred percent fatal" said Veterinarian Celal Karabulut from Buyukada. 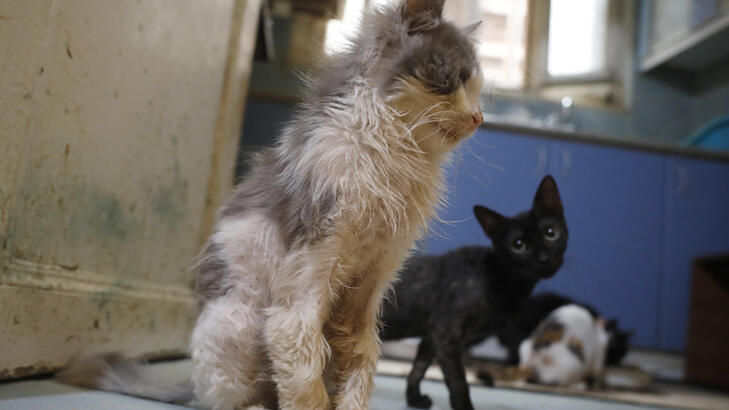 Many cat deaths have been reported due to the FIP disease. In Buyukada, volunteers started to create quarantine rooms for ill cats against a contagious and incurable disease from derelict houses.

"WE STARTED COLLECTING THE DEAD FROM EVERYWHERE"

Volunteer Neslihan Sipahioglu stated that they collect cat dead from the streets and added, "I lost 8 of my cats to FIP. I have 50 cats in the garden, I had 210 cats in the area I am responsible for, and now we have 50 cats out of 210. Those who died and were buried are registered. We are so desperate because the medicine is so expensive and not accessible to everyone. I gave injections to 3 of my cats and paid terrible money. There are treatments, there are support drugs, there are tests. Also, these applications are not successful for every cat. It seems to me that we are at the peak of this virus right now.”

“I have been keeping the statistics of cats who died in Buyukada since 2013. Annual cat death was around 450-500. From the first week of January to May this year, about 700 cats died. That's three times the number of a normal year. To date, the causes of death have been different. There were reasons such as dog attacks, and being crushed by battery-powered vehicles. There is now FIP weighted death. About 7 out of 10 cats die from FIP. This work must be handled by a state institution or municipality” said Buyukada Animal Rescue Volunteer Metin Turkmenoglu.