English environmentalist June Haimoff, who is known as the 'Mother of Caretta Carettas' due to her efforts for the protection of sea turtles, which have breeding grounds on the world-famous Iztuzu beach in Mugla, died of organ failure at the age of 100. 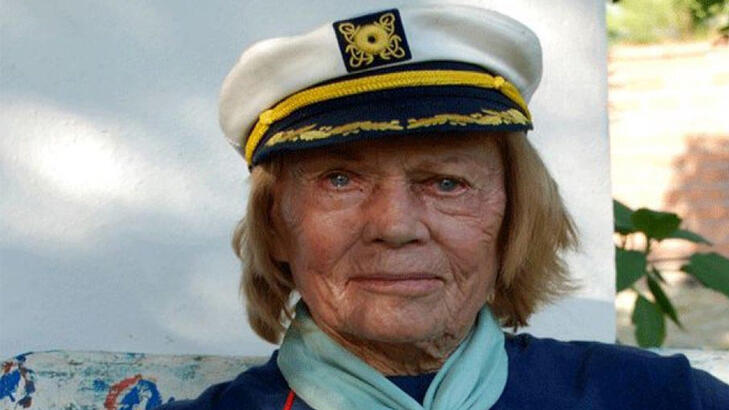 June Haimoff came to Dalyan, Mugla by her boat in July 1975 for the first time in her life. Fascinated by the city, Haimoff settled here in 1984 and started to live in a hut. Then she started work on the promotion of the town and the protection of the Caretta Carettas. Her efforts to stop the construction of a hotel, which was planned to be built around the world-famous Iztuzu beach area, made her famous in Turkey and around the world. Thus she helped the Caretta Carettas to continue their generations.

Haimoff, who met with former Prime Minister Turgut Ozal in Ankara, played an important role in the establishment of the Private Environmental Protection Agency. She told the story of her efforts in her book 'Captain June and the Dalyan Turtles' published in England in 2002. Haimoff became a Turkish citizen in 2009 and took the name ‘Haziran’ (June in English). The Captain June Sea Turtle Conservation Foundation she founded was registered in early 2011. The story of Captain June who left living a glorious life and embarked on her voyage in a 14-meter boat was told in a documentary movie ‘Journey to Me’.

“When I saw the Dalyan Canal and Koycegiz Lake, I said ‘this is the most beautiful place in the world’, and I came back in 1983 and started living in a hut on the Iztuzu Beach. One night I saw a table-sized sea turtle on the beach. I lay in the sand and watched her laying eggs. Everything changed that night. Please everyone do something to protect nature” said Captain June Haimoff in her speech at the movie launch meeting, telling the story of settling in Dalyan.

Mother of Caretta Carettas was brought to her home 10 days before her treatment in the hospital, where she caught the Covid-19 a while ago. However, the sad news came from Haimoff on April 23 morning, her caregiver announced that 100-year-old Haimoff died of organ failure.

“SHE WAS BURIED WITH ISLAMIC TRADITIONS UPON HER WILL”

“Captain June had told me when she was alive, ‘When I die, bury me in the Candir Cemetery, which is located under the Rock Tombs, according to Islamic traditions’ Her will is fulfilled,” said a friend of Haimoff, Abidin Kurt.