An ostrich in Kultur (Culture) Park in Aksaray came out of its shelter and chased a woman in the cafe garden. 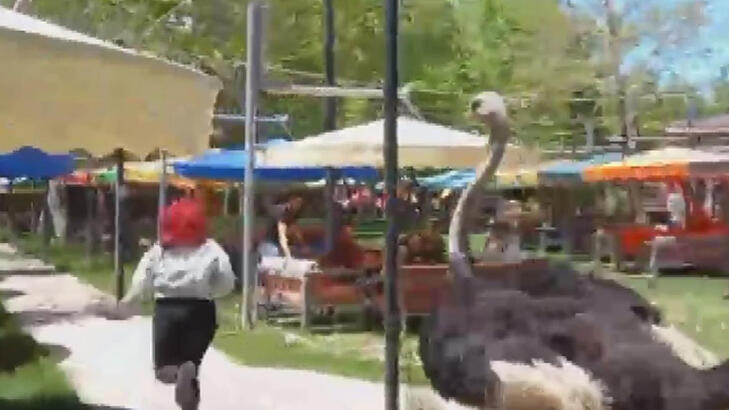 The incident took place in the garden of the cafe in the park. Allegedly, the cafe employee forgot to close the door after leaving food for the ostrich they have been displaying in the shelter. Coming out of the shelter, the ostrich began to chase a woman who was a customer at the cafe. Noticing the situation, the officials and other customers came to help and took the ostrich back to the shelter.

Those moments were captured by nearby people with their cell phones. It was seen in the videos that woman ran away screaming.